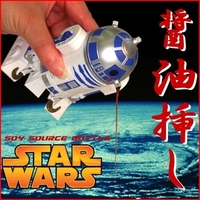 • Some miniature Darth Vader and Storm Trooper Christmas Ornaments to give your Tree the Imperial edge.

• No one tell Viggo Mortensen that Guy Pearce may have beaten him out for the role of the post-apocalyptic father in Cormac McCarthy’s The Road.

• Need a new kidney or heart to replace the diseased or abused organ rotting inside you? Just hop on down to human body shop and pick out a fresh, homegrown one.

• When Hollywood does it right: in the face of the WGA strike, a case study in the way ABC handled the Lost mini-episodes.

• Geeks of Doom says, “Shoot the cheerleader, save my Monday nights.” I’m with him at this point: I’ve totally stopped watching Heroes.

• Cracked lists Five Upcoming Comic Book Movies That Must Be Stopped. I’m enough of a geek to object to most of their list, especially Green Lantern, which could be awesome if they focus more on the Corps than just Hal Jordan. But they won’t.

• The Japanese Military: towards the realization of Gundam.