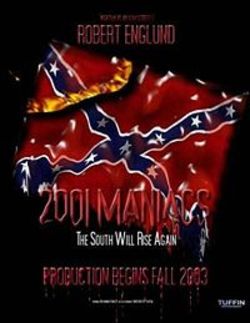 Over at Fangoria today, Robert Englund checked in to update what he’s up to these days. Says Fango, "First up: Englund says his second film as director, Killer Pad, is set to arrive on DVD next February, by
which time he expects to be in Europe helming The Vij, a project based
on the Nikolai Gogol story." The latter is supposed to include Christopher Lee.

Also up for Englund:

I don’t know which title makes me grin more: Zombie Strippers or Beverly Hellbillys. I guess Englund just likes to work, no matter what the project. There’s no shame in that. Well, some shame. But an admirable work ethic, too.