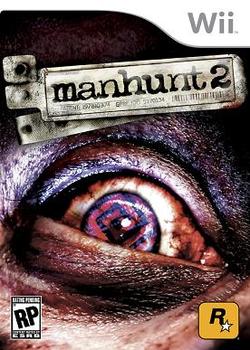 Occasionally, a video game rolls around that’s worth noticing. For nearly 6 months, that game has been Manhunt 2 — which was originally banned abroad and given the "Adults Only" (think NC-17) rating from the ESRB. The story follows an insane asylum inmate who escapes and kills anyone in his way. While graphically-violent video games have been around since the days of Mortal Kombat and Resident Evil, Manhunt 2 on the Nintendo Wii takes interactive murder to a new level — by actually acting out motions with the controllers.

Want to strangle someone? Just sneak up behind a foe, perform a wrapping motion with your hands and yank them upward. Stabbing more your cup of tea? Slash away with the Nintendo remote. You get the idea. Of course, the game was heavily edited after it was given the AO rating of death to bring it down to a tamer Mature rating; so, most of the murder scenes are blurred and confusing. But does it really matter when you are physically performing the virtual acts?