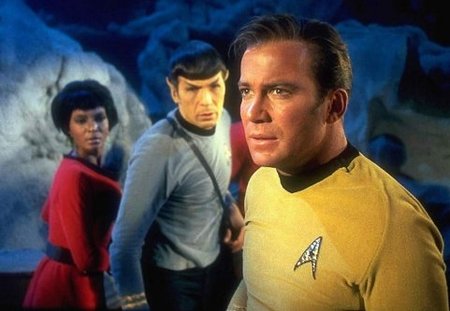 I will always be a fan of Harlan Ellison’s fiction. Even if he had written nothing else, the man deserves any claims to genius for writing I Have No Mouth And I Must Scream, the most haunting short story of any genre I have ever read. His contributions to numerous sci-fi shows  like Star Trek and Babylon 5 were formative to their respective mythos. We owe A Boy And His Dog to Ellison. The guy can write.

Of course, none of that changes the fact that the man is a bit of a douche. Always outspoken, Ellison always seems to turn opinions against the perspective he’s arguing for just by dint of sheer obnoxiousness. For example, here’s a rant he did about writer’s royalties that somehow makes the WGA look bad by association. Here is an account of probably his most famous recent dust-up, in which he tried to publicly ridicule the Penny Arcade guys, only to be soundly thrashed by random high school drop-outs making their fortune doing a web comic about video games who, despite all of this, are quicker on the draw with le mot juste than Mr. Ellison himself.

Now Ellison is raving again, this time about the leaked plot details of the new Star Trek film. Spoilers follow the jump.

As we reported yesterday, Star Trek XI is set to use the City on The Edge of Forever as a time-travel device to splinter the TOS Universe from the Abrams universe. Harlan Ellison was the writer who originally wrote the episode in which the City appeared in. And now, he apparently thinks Paramount needs to pay him to use it in the new film.

If [director J.J.] Abrams — with whom I’m currently on strike — or anyone else at Paramount or elsewhere, thinks they’re going to use my creations — whether the City, the Guardians, Sister Edith Keeler or any elements created by Harlan Ellison … they had damned well better lose the unilateral arrogance, get in touch with me or my agent Marty Shapiro and be prepared to pay for the privilege of mining the lode I own.

I’m no expert on this, and I guess lawyers will decide this one way or the other, but consider me extremely skeptical that Paramount owes him a dime. Television studios are not famous now, were they famous in the sixties, for granting unilateral legal rights to characters and situations created for their shows, nor do I imagine Ellison himself got such a remarkable deal. Either way, Ellison’s doing the same thing he always does: voicing his argument in such an obnoxious way that even fans just want him to shut up already.