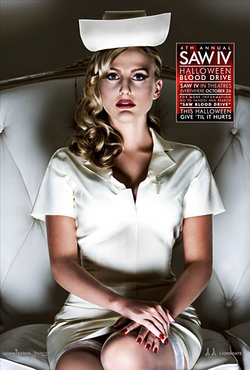 You know, this is a darn good idea, I have to say. Heck, at least it’s not another Saw installment. Chain mail has always been ridden with the stuff of urban legend, and I’ve always felt a slight tinge of guilt accompanied by creepiness when I’d get one in the smail mail or via email. I can’t wait to see what Chain Man looks like, too.