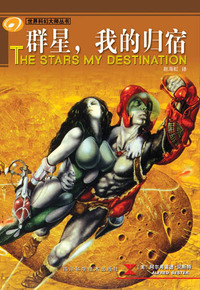 Kingsley Amis once wrote that, their boorish mannerisms and bizarre spelling aberrations aside, he was profoundly grateful to America for at least giving the world science-fiction. Yes, yes, you can make an argument that the French gave us sci-fi with the novels of Jules Verne, or that the English gave sci-fi to the world with Mary Shelley’s Frankenstein, but ultimately it was the pulp sci-fi magazines of the thirties and forties that cemented sci-fi into the popular culture.

In short, sci-fi is as American as jazz (as it happens, the other art form Amis was grateful to America for giving the world). But what if science-fiction weren’t popularized by Americans? What if, instead, it attained its popularity half a world away, through the vivid opium dreams of Chinese dreamers?

I am simply not smart or well-read enough to dissect every dermal layer of genius in this Alternate History of Chinese Science Fiction… a “What If?” style guide in which a universe of familiar sci-fi classics are written by hoary Chinese writers with strange, alien-sounding names. But I want to be. In one sense, it’s an enthusiast’s written history of the entire genre of literary science-fiction. But in another, it’s a work of science-fiction itself… and a great one. This may be sci-fi’s answer to Pale Fire.

Alternate History of Chinese Science-Fiction [No Fear of the Future]