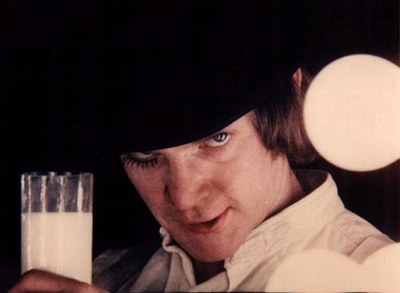 This month the editors of Vanity Fair have compiled a list of the 10 best movie soundtracks. (Purple Rain was number 1)  As usual, it looks like science-fiction films have been overlooked.  There have been some amazing Sci-Fi scores, themes songs and hit singles.  Here are some of my favorites, in no particular order….

22. X-Files: Fight the Future (1998)
It’s a mixed bag featuring Sting and Sarah McLaughlin, but the stand-out is a cover of The Doors’ prom song Crystal Ship covered by L.A. Punk heroes X.  The band did a slow version and a fast version.  The slow one is used in the film, but the fast one is on the soundtrack.

21. Repo Man (1984)
Repo Man offers an aggressive soundtrack with an eclectic mix of punk acts, including Iggy Pop, Fear, Black Flag and the Circle Jerks.   One of my favorites tracks is a cover of Secret Agent Man in Spanish.  Here’s the part where I make the customary footnote that the film was produced by former Monkee Mike Netsmith. 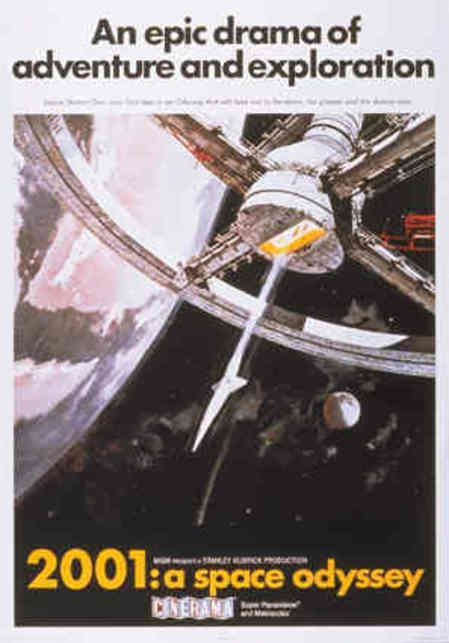 20. 2001: A Space Odyssey (1968)
The swelling symphony defined the way movie-goers understand the majestic abyss of space.  It also yielded some awful commercials and parodies.  (Please note I did not include a clip because of all the films on this list, 2001 should be seen on a screen bigger than a post-it.)

19. Xanadu (1980)
Most film geeks will site John Carpenter’s They Live as the sci-fi film that best captures the Reagan era.  But you could easily make a case for Xanadu with its glitzy neon excess and roller-skating magic.  Olivia Newton-John combines her brand of lite soul rock with the musings of The Electric Light Orchestra, in a soundtrack that serves as a death rattle for the Disco Era, which imploded as a result of its own hollowness.  That said, I like the title track.

18. Mad Max 2: The Road Warrior (1981)
Queen’s Brian May composed this melodramatic score that elevates the film from being your run-of-the-mill post-apocalyptic Western.

17. Rock And Rule(1983)
This little-known Canadian cartoon provides a thrilling soundtrack to tell the story of an evil rock star who wants to use music to summon a monster from another dimension.  Lou Reed, Debbie Harry, Iggy Pop and Cheap Trick appear on the soundtrack. 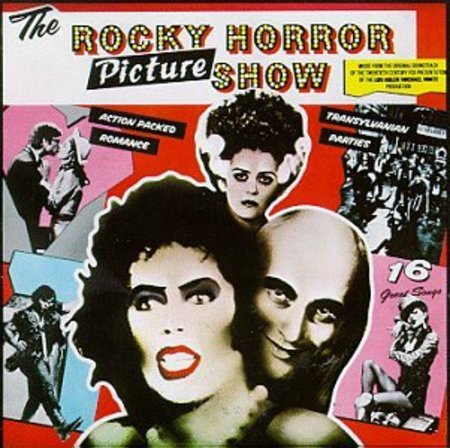 16. The Rocky Horror Picture Show  (1975)
Richard O’Brien’s campy Broadway-rock songs are the perfect way to celebrate the Frankenstein myth with gay aliens.  I can’t say anything that hasn’t already been said by the fans who’ve seen the movie 526 times.

15. Return of the Living Dead (1985)
Zombies and Punk Rock go together like Zombies and half-naked chicks.  The music really moves the story.  Songs are alternately haunting, scary or the kind of thing you’d hear when running across a parking lot from a mob of corpses.  Highlights include The Cramps’ rockabilly sounds of Surfin’ Dead, Jet Black Berries’ dreamy Love Under Will and the pogo-worthy Take a Walk by The Tall Boys. The films also features a moving death scene set to Roky Ericson’s Burn the Flames.

(note: It was recently brought to my attention that it’s pronounced ROCK-EE, not ROH-KEY, as I’d pronounced it in the ROTLD episode of the Sci Fi Department.)

14. Buffy the Vampire Slayer: Once More With Feeling (2001)
It’s not a movie, but we’ll get hate-mail if we leave this one off the list.  This gimmicky episode weaves the music into the story in a most clever way.  Characters sing the things they could never say with ordinary words.  It’s entertaining, stirring and so much better than the musical episode of 7th Heaven.  Watch this one again and you’ll wonder “Is there anything Joss Wheedon can’t do?”  (Aside from getting Wonder Woman made.) 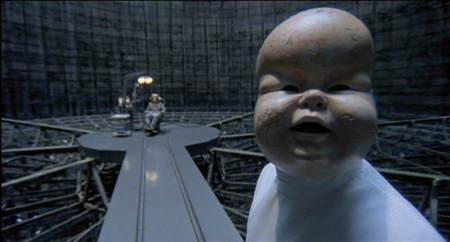 12. Brazil (1985)
No one mixes dark and quirky quite like Terry Gilliam.  And no other Terry Gilliam movie succeeds musically the way Brazil does.  Alternately operatic and bouncy, the score navigates viewers through the bizarre, bleak future; seamlessly sliding from oddball comedy to action-packed adventure and ultimately sinking into a horrifying nightmare.

11. Terminator 2: Judgment Day (1991)
I can’t see a truck crash through an overpass without thinking of this Guns N’ Roses hit.  GN’R was the perfect choice: the band, like the Terminator, is an unstoppable destructive force.  (The song also provided a home for the line with your bitch slap rappin/ and your cocaine tongue/ you get nothin’ done — which had previously appeared in the liner notes for Appetite for Destruction.)  This single was never included on the T2 CD, but was released as a single with the fantastic b-side Civil War. 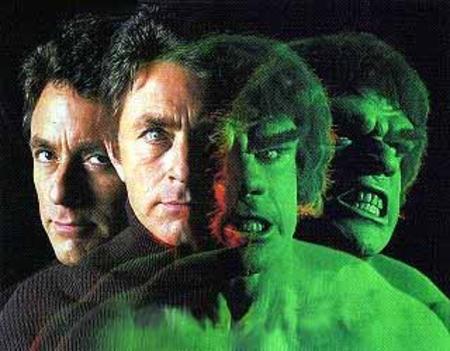 10. The Incredible Hulk (1977)
I’m including this because the music appeared in the made-for-TV movie and that’s where sci-fi fans first heard Joe Harnell’s melancholy closing music known as The Lonely Man (a.k.a. the sad piano song that plays as David Banner hitch-hikes at the end of each episode.)  Years ago I bought the complete soundtrack, and while most of it is incidental filler, the surprise hit is a disco version of the Hulk theme, which was used in the episode Married, a two-parter that took place in Hawaii.  It’s all so very 70’s.

9. The Apple (1980)
The Apple is a futuristic, sci-fi Beyond the Valley of the Dolls with 80’s music.  It’s an over-the-top, tongue-in-cheek(?) satire of the sex, drugs and rock n’ roll lifestyle.  Also, the film makes no secret that the music industry is run by the Devil, himself.  Highlights include a seductive song about literally eating an apple(!) and a high-octane anthem about America’s need for speed. 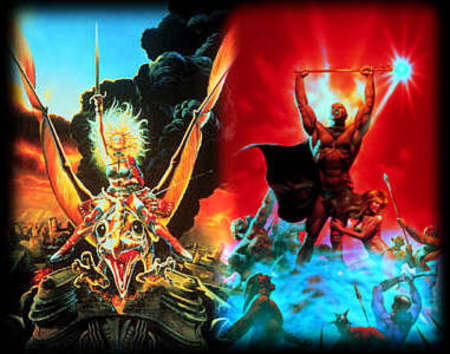 8. Heavy Metal (1981)
Ironically it was the music rights that kept Heavy Metal from being released on home video for 15 years.   Of course that created a black market of bootleg VHS tapes which added to the movie’s cult status.  It also helped that the soundtrack includes Devo, Cheap Trick, Journey and Black Sabbath. Its sequel, Heavy Metal 2000 is an uneven film, but it boasts a lineup of ass-kicking bands like System of a Down, Queens of the Stone Age and Pantera.

7. Flash Gordon (1980)
I can’t imagine a better fit for Dino De Laurentiis’ campy, over-the-top kinky space opera. Queen’s hypnotic,  pulsing synthesizer score lures me in any time I come across this on TV. 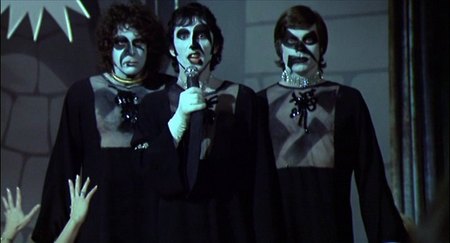 5. Planet of the Apes (1968)
The first POTA movie established the foreignness of the planet with small details like funky leather vests and ominous cornfields.  But the real driving force is Jerry Goldsmith’s unsettling score. The sounds of those primitive instruments still strike fear into man.

3. Star Wars (1977)
This unforgettable theme song helped bring the war film back into the mainstream cinema after the tragedies of Viet Nam.   Bravo, John Williams! 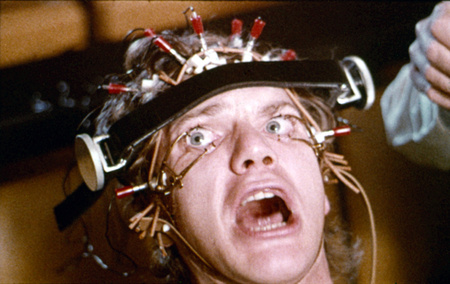 2. A Clockwork Orange (1971)
Most of the people reading this list probably weren’t exposed to a lot of Ludwig Van Beethoven’s work until they saw A Clockwork Orange.  Kubrick matches the gorgeous music with his stark images to provoke the audience into seeing the slippery relationship between beauty and violence.  Often imitated, never duplicated.

1. Gamera
Though the theme song was never released as a single, it deserves to be on the Billboard Top 40: A chorus of Japanese children singing the praises of a giant, flying hero-turtle. You are strong, Gamera!

Theme from The Blob by The Five Blobs;
Killer Klowns From Outer Space by The Dickies;
the Ewok Victory song from Return of the Jedi;
the Dr. Who theme,
and the song that plays when Snake shuts down the world at the end of Escape from L.A.