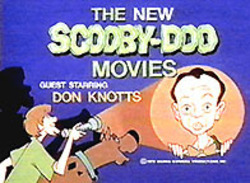 The young. Where would horror movies be without a steady supply of them?

Not that it was always that way. Frankenstein, Dracula, the Wolf Man, the Creature from the Black Lagoon, and any number of other pre-and-early-fifties monsters all got along fine without any teenagers to menace. But these days it’s the rare – and typically more serious – horror film with a victim list that doesn’t include at least one or two sub-twenty-year-olds.

The reasons for this are well known. The advent of the drive-in; the realization among movie-makers that teenagers made up a large part of the horror movie audience; the equally important realization that teenagers like watching other teenagers on the screen…  Taking all those cold hard economic facts into account, it was only a matter of time before cinematic natural selection left horror movie viewers stuck watching a bunch of dumb kids (along with one or two smart ones) getting picked off for an hour and a half.

But in a perfect world, might it perhaps be a little different?

I think it just might. Some horror movies – Halloween and A Nightmare on Elm Street come immediately to mind – have teenage protagonists for a reason. Michael Myers and Freddy NEED (female) teenage victims to pit themselves against, because their characters secretly derive much of their identity and power from them. Michael Myers in particular – in the original Halloween — is memorable not because of any particular magic his masked presence generates, but from the fear of him we feel through Jamie Lee. Like all the best teenage characters in horror movies, she’s both smarter than the adults around her and dumber than them too. It’s the teenage dilemma par excellence: being stuck in an adult world that’s plainly idiotic, but that’s also too complicated and mysterious to triumph over – and to avoid joining eventually.

But can one make such fancy pronouncements about Sarah Michelle Gellar or the kids in Cabin Fever?

More often than not, horror movies suffer for the tender age of their lead characters. Unless a horror film is, on some level, specifically ABOUT being a teenager (like the original Halloween and A Nightmare on Elm Street clearly are), having teens as stars tends to take away the potential for heft and longevity that the film might otherwise have. Sigourney Weaver is pretty young in the original Alien, and that’s all well and good. But… imagine if that movie had been made today. The Nostromo could have ended up being piloted by a plucky team of Scooby-Do-like teens. And no amount of imagination on H. R. Giger’s part could have produced a creature scary enough to make up for that.