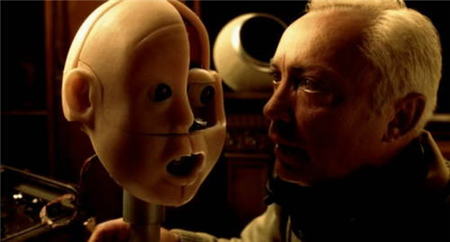 There’s an interesting list of their choices for the Top 50 Dystopian Films of all time over at Snakerati.com. For this type of obvious digg-bait list, it’s quite good. Along with the expected slew of classic dystopian films like Brazil and 1984 there are some strange, unexpected choices: for example, France’s overlooked 2004 Escape from Paris type film, District 13. But as interesting as some of these choices are, it soon becomes clear that Snakerati is a bit confused about what a dystopia actually is.

Starship Troopers, for example, is a fine, cheesy film, envisioning an utterly fascistic future, but regardless of what Snakerati claims, it is not set in a dystopia: rather, it’s set in a fascist utopia… or, in other words, a pipe-dream world where fascism not only works, but makes all of its citizens happier and more responsible. That the characters in Starship Troopers are at war with an alien race doesn’t make the political system shown in the movie a failure: in fact, as near as can be told in the film, Starship Troopers‘ vision of Earth is existing in an unparalleled state of peace, equality and prosperity.

There’s other similar inclusions. I don’t think A.I. or Minority Report are set in dystopias, although they may not be worlds we like. Likewise, War of the Worlds doesn’t take place in a dystopia, it takes place in contemporary times during an alien invasion.

The confusion seems to lie in snarkerati’s definition of "dystopia" which is about as muddled as any I can think of in recent memory:

A dystopia is a fictional society that is the antithesis or complete opposite of a utopia, an ideal world with a perfect social, political and technological infrastructure. A world without chaos, strife or hunger. A world where the individual potential and freedom is celebrated and brought to the forefront.

I’ll leave aside the clumsiness of defining dystopia as being the opposite of a utopia, but I will point out that by this logic, any film that features "chaos or strife" is inherently dystopian. But considering the fact that conflict is a necessary part of drama, it really means they could have put every movie ever made onto their list.

This is less a list, then, of dystopian sci-fi than a list of movies with spooky futures. And, as that, it’s a good list, filled with a good number of movies I’ve now added to my "must see" list.

The Top 50 Dystopian Movies of All Time [Snakerati]