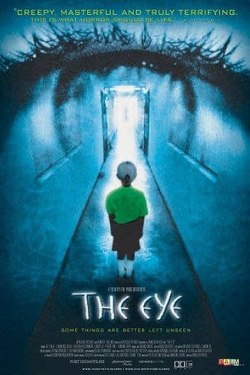 Asian horror remakes haven’t descended into the darkness just yet. Jessica Alba’s The Eye remake just got a trailer over at Fangoria. The film follows the bizarre visions seen by a woman who regains her sight after being blind her entire life. The new trailer is contrived and forced — Alba is hardly a believable actress and the electronica/post rock music makes absurdly melodramatic.

The problem with these American remakes is that it sensationalizes the story and doesn’t translate the philosophical themes from the originals. Look at the American remake of Kiyoshi Kurosawa’s Pulse. It’s a mere shadow of the original film, which is a modern classic. But American audiences shrug off the originals based on the sub-par remakes. Compare the remake trailer to the original trailer (which is embedded after the gap), which one would you rather see?