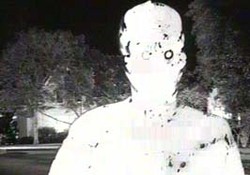 Get ready for a fight! Over the weekend The London Times published a cheeky list of “The 40 most memorable aliens.” Not limiting themselves to film, the list also encompasses beings from television, literature, and even advertising.

The aliens were rated on four qualities: Original Features (how much they vary from the basic humanoid template) Special Powers, Messianic Qualities and a catch-all Coolness factor.

Being British, the list contains a few aliens I’m not too familiar with, such as …

…The Clangers and Smash Robots. Not to worry—the online version has lots of really cool links, so you might want to refrain from checking it out until you have an hour or so free. (I especially enjoyed the link illustrating Xenu, the alien demon of Scientology.)

Hint: resist the impulse to skip to the end and see who came in at number one. I suspect you’ll be surprised (and maybe outraged).

We could argue this all day, but the two omissions that immediately occur to me are Eros, from Plan 9 From Outer Space, who should have ranked on messianic qualities alone (“You stupid humans! Stupid! Stupid!!”); and the first alien I remember encountering, the Galaxy Being from “The Outer Limits” (that’s his mugshot above).