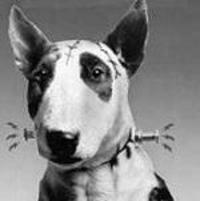 According to those staunch figureheads of redoubtable journalistic integrity over Ain’t It Cool News, a Chairman of Walt Disney Pictures recently let slip that they were prepping a stop-motion feature to be directed by “the creative mastermind behind the majority of stop-motion pictures in the last decade.” That’s either Aardman or Tim Burton, for anyone even passingly familiar with the scant trickle of stop-motion animations out of Hollywood over the last ten years. An anonymous tipster then wrote in to clarify: Tim Burton was the man meant, and the film would be a feature-length, stop-motion animated version of his 1984 short, Frankenweenie.

Of all Tim Burton’s works, I have always found Frankenweenie to be one of the least insufferable. The tale of a young, gloomy boy named Victor who resurrects his canine pal Sparky after he is hit by a car, the short is just a perfect pastiche of 1931’s Frankenstein. The film even culminates in a mini golf course windmill, which is lit on fire by a mob of angry villagers.

As a short film, it really works, because Burton’s imagination is constrained and focused by the short running length. There’s not really enough story here to justify a feature and Burton makes the most of what he’s got. If you compare this to the sprawling, nonsensical sensory overload of films like Mars Attacks, Charlie and the Chocolate Factory and Big Fish, you really can’t help escape the impression that Burton’s best on a short leash.

So despite my love of Frankenweenie, I’m not sure I want to see a feature length remake. On the other hand, Burton’s stop-motion work is often heads above the quality of his live-action films. I suppose I will settle into cautious, but intrigued mode on this one.

So About That Time Burton Rumor [Ain’t It Cool News]