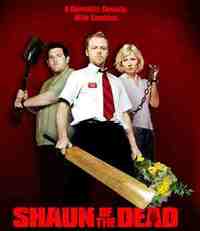 Paramount Pictures has just announced the latest cast additions to J.J. Abrams’ upcoming prequel to the Star Trek movies: British comedian Simon Pegg will be playing Scotty, and John Cho will take over the role of Hikaru Sulu.

Boy, these are pretty bizarre casting announcements. From my limiited exposure, I’m not a big fan of Simon Pegg: I thought Shaun of the Dead was garbage pounded up the foul-smelling rectum of low  BBC wit, which made me unwilling to go see Hot Fuzz. I know almost everyone things Shaun of the Dead is the greatest movie ever, but even though, I love zombie movies, I’m exactly the kind of guy that movie is aimed towards, I well understand British humor (having lived there half a decade) and I still managed to watch it and never laugh once.

Admittedly, I’m a freak. But I think even Simon Pegg fans admit that it’s a weird casting move. Scotty, stereotype that he may be, was never actually trying to be funny, or aping for the camera. Getting a professional comedian for the role of Scotty seems like a bad move to me, as if they are purposely making the character the comic relief. Then again, maybe they’re on the right track with this move: it’s a hard tole to play seriously.

Pegg for Scotty and Cho as Sulu in Star Trek [IESB]