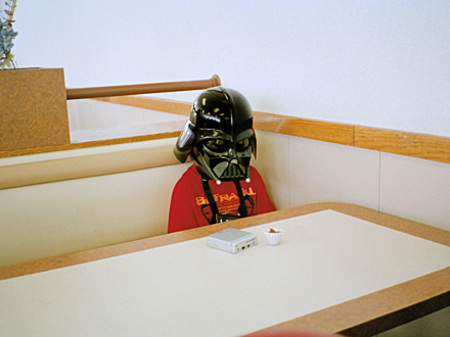 • The beautiful image of the sulky toddler Darth Vader above is by photographer Alex Brown.

• The teaser poster for 2008’s Iron Man feature film has been leaked. What is it with Hollywood and the glowing eye?

• Something Awful covers The 22 Most Awful Moments in Sci-Fi. A lot of  sad nodding on this side of the computer

• Good Housekeeping offers a collection of dogs dressed as Star Wars characters. As if being neutered wasn’t embarrassing enough for a canine.

• Arthur C. Clarke gives his thoughts on the 50th anniversary of Sputnik 1.

• File away in your memory banks for next Father’s day: the Talking Dalek tie.