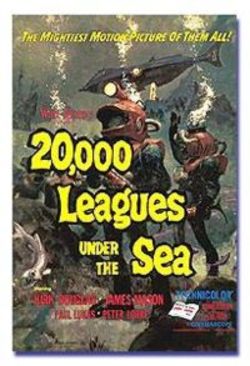 At the MTV movie blog today, Sam Raimi reveals his plans beyond Spider-Man.  In a nutshell, Raimi will produce The Grudge 3 (Boo!).  He’ll also produce a brand new movie called Drag Me To Hell. Says the minimalist Raimi, "(I)t’s the story of a curse. Real bad things happen." (I want more!) He also wants to produce a more terrifying version of 20,000 Leagues Under The Sea.  There are some questions as to why Raimi won’t direct any of these.  The reason?  Two words he didn’t mention in the MTV interview: Spider-Man IV. I know one of the second unit directors from the series very well, and these Spidey films take years to make. The guys on the crew don’t get much sleep from pre-production right through the final edit.