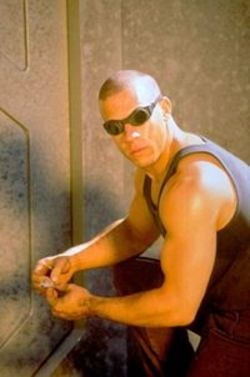 This rumor is going to have a bunch of you screaming, "Hell NO!" and others "Hell YEAH!"

Vin Diesel is in talks with the producers of Terminator 4 to perhaps star in the forthcoming movie. Of course, the producers could be talking to him about playing a resistance fighter rather than the lead role. And the way Vin’s career is going, maybe they want him to run the studio’s day care facilities, which would serve him right for The Pacifier, a movie I actually watched.

But let’s assume that he is indeed being considered to step into Schwarzenegger’s oversized shoes as The Terminator. Are you for it or against it? Take our poll and let us know.