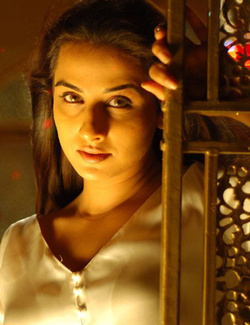 According to SIFY, it’s not easy to play the role of a woman possessed. For instance, in Bhool Bhulaiyaa, popular Indian actress Vidya Balan used a kind of horrifying method acting. Says Balan, "I

had isolated myself completely  for three days. When I wasn’t shooting the traumatic climax,  I

staying complete in character. Even my parents couldn’t reach me on the phone."

It got worse from there. The pressure on the actress who wasn’t the first choice for the role combined with the yearning to get completely into the scary idea of being possessed. Says Balan, "I just collapsed.  An acu-pressure specialist

had to be called to relieve my stress. But I’m glad I did it. Nobody  expected  diminutive,

proper, decorous me to portray such a  raging bestiality. These are the kinds of

challenges an actor looks for." It’s probably also difficult to keep that horror up when there’s singing and dancing Bollywood-style to deal with.