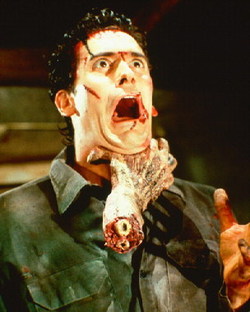 When The Exorcist was released in 1973, it was called the most terrifying movie ever made — urban legends of people fainting in the aisles, vomiting and having heart attacks only exacerbated the film’s mythos. More than 30 years ago, a horrific examination of the religious and metaphysical drilled into the audiences’ psyches and planted a seed of terror. These days, all it takes is a couple hundred gallons of Karo Syrup and people cutting off limbs.

With Michael Myers, Leatherface and Alien capping off the 1970s, Jason, Pinhead, Freddy and the Evil Dead haunted the dreams of horror fans in the 1980s. Eventually, the franchises dissipated into a mess of laughable straight-to-video sequels, but the power of the original films was never tainted. Some may consider the 1990s as the beginning of the end — the shaky cam reality of The Blair Witch, among other lesser films. The decline continued into the early 2000s with the "torture porn" of Saw and Hostel, which would have been a tolerable trend if it wasn’t so long lived. Nevertheless, we’ve had some recent modern classics such as 28 days later and The Descent.

So, what is the best decade of Horror? Are the heydays of the 1970s the epitome of horror filmmaking or is hindsight 20/20 and today offers the best horror around?