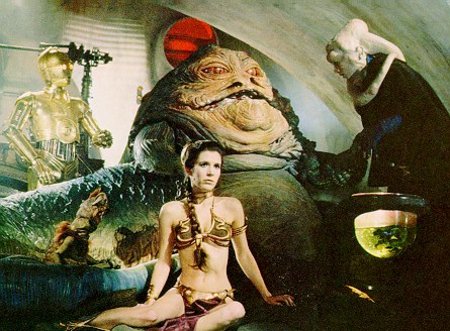 After George Lucas’ heart nearly exploded during filming of the original Star Wars (I think we can all agree that it can be taxing on the cardiovascular system to be a perfectionist with a predilection towards flabby ideas — Ewoks, Jar Jar — and narrative incompetence), the original plan was to hand each of the sequels over to another director.

It wasn’t a bad idea, actually: bring in another director’s vision to shore up Lucas’ weaknesses. In Irvin Kershner’s Empire Strikes Back, the approach delivered a sci-fi masterpiece. In Richard Marquand’s Return of the Jedi? Not so much.

But before Lucas approached Marquand to direct Jedi, he approached someone else: none other than David Cronenberg, the man behind The Brood, Videodrome, Crash and Dead Ringers.

The story itself — about how Cronenberg was sized up for directorial duties and then immediately blew it by not being excited enough — is one of the saddest ‘what might have been’ tales I’ve ever read:

“I got a phone call. I was in my kitchen and it was one of the producers. He said, ‘What would you think of doing ‘Star Wars’?” Cronenberg explained. “I said, ‘Well, I don’t usually do other people’s material.’ And then there was a kind of click. I wasn’t enthusiastic enough obviously. I didn’t get a chance to think about whether it was a good idea or not. I blew it right away.’

I can only wistfully sigh when I imagine what the man who came up with Dead Ringers’ Gynecological Devices for Operating on Mutant Women might have done with Jabba’s Palace.