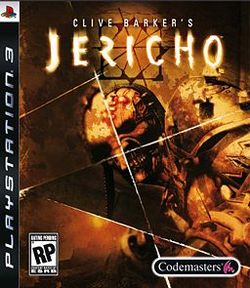 It’s the most wonderful time of the year. And to celebrate Halloween, those creepy folks at video game companies always release a slew of monster-filled mayhem makers.  Here are the 11 eeriest, grossest, most monstrous video games that are already out or will be released in the next few weeks.

BioShock (Xbox 360) Hands down, this is the scariest game ever made. You’ll jump as you move around every corner of this strange, demented underwater world with elements of Ayn Rand thrown in.
The Legend of Zelda: Phantom Hourglass
(Nintendo DS) This cute adventure game pits you (as the legendary Link)
against all kinds of monsters. You’ll be amazed at the depth of
gameplay, even though the monsters won’t scare you…much.
Halo 3 (Xbox 360) Sure, this instant bestseller is considered a sci-fi game. But the many monsters you’ll shoot make the single player mode tension-filled and suspenseful. They’ll creep you out, too.
Silent Hill Origins (Sony PSP) The ghosts, the nurse monsters, the burned girl, and the darkness.  Oh, the darkness.  All so unsettling.
Resident Evil: The Umbrella Chronicles (Nintendo Wii) You’re on rails a la House of the Dead as you shoot, shoot, shoot them thar evil zombies.
Castlevania: The Dracula X Chronicles
(Sony PSP) This was originally released in Japan back in the day and is
considered one of the more difficult games in the vampire series. A
2007 update with more gruesome graphics and haunting new music should
please goth game fans everywhere.
Folklore
(Sony PS3) You have to tread down to the Netherworld to get to the
bottom of a gross murder mystery.  The horrible beings down there will
skeeve you, and the Endless Corridor will give you claustrophobia.
Clive Barker’s Jericho
(360, PS3, pictured) Before Adam and Eve, God made the flawed
Firstborn. He’s been trapped lo these many years. But now he’s been
released! And he and his minions want to take over the world.
Dementium: The Ward
(Nintendo DS) You wake up in a dark, foreboding psych ward. Shoot your way past
the oddest bunch of mad scientist surgical experiments since, well,
Touch The Dead (which dropped earlier this year).
Blacksite: Area 51
(PS3, 360) It’s all aliens all the time in this graphically superior
shooter. Small ones will skulk past you in the dark. Big ones,
dragon-like super worms, are frighteningly awesome to behold.
Hellgate: London
(PC)  This long-awaited role playing game with first person shooter
elements may be the best of the bunch.  In this post apocalyptic world,
demons from hell populate England. And they’re not there just to say,
Boo!
Read More
Share