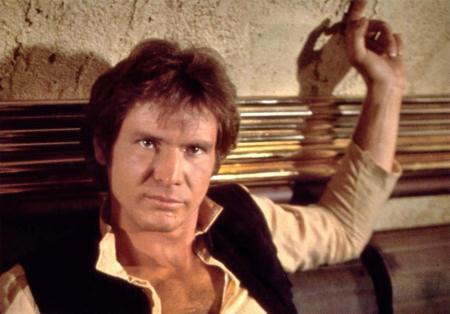 Rotund funny man Patton Oswalt has a great routine in which he vividly describes his ultimate time travel fantasy: to go back in time and kill George Lucas.

Many people have this fantasy. For about a 7 year period between 1977 and 1984, George Lucas was in his golden era, a period that not only included the creation of Episodes IV – VI (or, as we simply knew it back then, the Star Wars trilogy) but also saw the release of the first two Indiana Jones films. And then, right after the release of Indiana Jones and the Temple of Doom? Lucas made Howard the Duck and it’s been downhill from there.

Of course, insufferable cock that he is, Lucas keeps on marching forward with his projects. He’s still at Star Wars, driving the wedge deeper and deeper between any free space in the six films. His two latest projects are The Clone Wars, which is a continuation of the actually excellent animated series that aired on the Cartoon Network a few years ago, and a 100 episode live action series that takes place between Episodes III and IV.

It’s the live-action series that contains both the most promise and the most potential for George to pull a Lucas. As Lucas explains it, “It’s like Episode IV in that the Emperor and Darth Vader are heard about—people talk about them—but you never see them because it doesn’t take place where they actually are. There are stormtroopers and all that, but there are no Jedis. It’s different, but I think it’s very exciting because I get to explore a part of that universe that I haven’t been able to explore.”

That is an exciting prospect. Handled correctly, it could be excellent: a Firefly for the Star Wars universe. But as Patton Oswalt keeps on telling us, this is the same man who thought what we wanted in the prequels was to see Darth Vader and Boba Fett as little kids. Potential for catastrophic failure? High. I imagine we will soon find ourselves watching a 100 episode series about Han Solo in preschool.