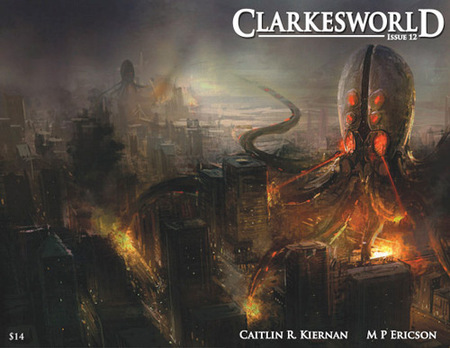 Frankly, a cephalophile at heart with a desperate love for giant robots, I just don’t understand why Hollywood won’t give me a movie like this. Sure, Spielberg’s weak War of the Worlds remake roughly did that, but there wasn’t a single scene that took place in a big city. What an arena of carnage that would be for a rust-red robot octopus, flailing its tentacles around wildly, severing skyscrapers bvy their stalks?

You know, there’s some rumors that J.J. Abrams’ upcoming mystery project 01-18-08 is going to feature H.P. Lovecraft’s Elder God Cthulhu waking up from his subaqueous slumber palace in R’lyeh to rampage through New York. But honestly, I’d be just as happy to see a giant robot octopus take Cthulhu’s place.