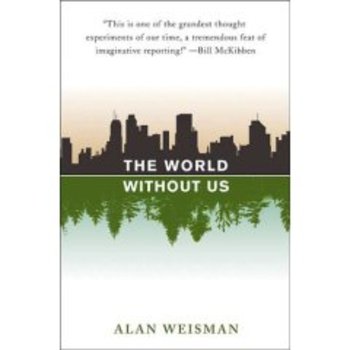 Of course, the “end of the world” would really only be the end of mankind. An event that would wipe out every human being would cause only fleeting trouble to our planet, as Alan Weisman demonstrates in his fascinating new book The World Without Us (Thomas Dunne Books).

Have you ever wondered how long it would take those weeds that grow up through the asphalt on your driveway or the cracks in your basement wall to take over if you stopped pulling them out?

Weisman takes his imagination in that direction to the ultimate degree, giving a speculative history of our planet from a day when mankind simply disappears up to the time that natural solar warming makes the planet uninhabitable for any form of life, in a billion or so years.

The enormous amount of research and boundless imagination that went into this book make it one you won’t be able to put down, though you might not want to get caught up in it before bedtime.