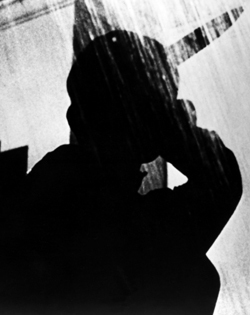 "That’s a terrible scream. Jack, what cat did you have to strangle to get that?" — Archie Lang in Blow Out

I went back and forth on this one. I mean, of COURSE S is for Scream, but the scream has already been celebrated, analyzed, made fun of, and otherwise commented upon so much that the decent thing would be to just leave it alone for a while to recover.

The scream has been SO analyzed that when I hear one in a movie today, it can take me out of the action a bit. I start analyzing myself. Is it a good scream? Is it a dubbed-in scream? Etc.

That’s too bad, because a good horror movie scream is supposed to do just the opposite: to bring you to that jumping-off point where you no longer just watch the horrors on screen but – at least for a moment or two — actually enter into them. To paraphrase T. S. Eliot, you ARE the scream while the scream lasts.

My – not very original – vote for horror cinema’s all-time greatest scream goes to Janet Leigh. Janet’s Psycho shower scream isn’t the loudest on record, but it has a strange, primate-like authority that no other cinema scream can match. Janet opens wider and longer than anyone before her had dared to, and (thanks in part to the stream of vaguely surrealistic shower water that frames it) her gaping mouth, filling the entire screen for a moment, becomes something more than just a mouth. It becomes a kind of passageway into an older, more immediate, more elemental world. A world where everything is allowed and absolutely anything can happen. After Psycho’s shower scream, nothing was ever quite the same again.

But… if we ARE going to treat screams lightly instead of using them as genuine modes of ecstatic trasport to more primitive mindsets, my vote for best tongue in cheek scream treatment goes (the Scream series notwithstanding) to Brian De Palma’s Blow Out.