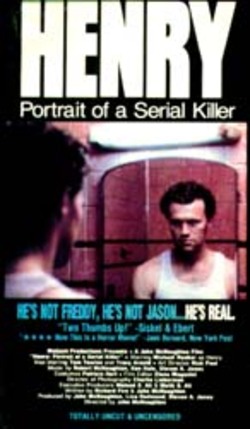 "Oh no, it can’t be!" — Rex (Gene Bervoets) in the original version of The Vanishing

Noise – be it the roar of a chainsaw, the scream of a hapless victim, the high, stabbing notes of a Bernard Herrmann-conducted string section, or the iconic low notes of John Williams’ Jaws theme — can be scary.

All the same though, silence is always scarier.

How come? Because nothing is better than silence at conjuring up the sense of abandonment – of being cut off and locked away from life and the world. Boil every kind of fear down to its essence, and that teror of abandonment – of ultimate isolation – is what you’ll find. And the problem with music in arousing this fear is that no matter how effective it is, by its simple presence it reminds us that we are watching a narrative – and in a narrative there is, whether we notice it or not, always hope.

That’s why, when a director feels like getting really, really merciless with an audience, he or she will always pull the music out. The final scenes of The Blair Witch Project and The Vanishing (which I won’t describe and spoil just in case someone out there actually hasn’t seen one or both of them) are good examples of this strategy. So too is the definitively tasteless, definitively brutal, and definitively effective home invasion scene in John McNaughton’s Henry: Portrait of a Serial Killer. None of these scenes have music, and none of them really COULD have music, because music of any kind would serve as a reminder that one is watching a movie – a constructed nightmare – and that therefore a world outside of that nightmare, where one could conceivably be safe, might exist. (This no-way-out feeling is still further intensified in the Henry and Blair Witch scenes by the conceit that the action is itself being filmed by one of the characters.)

Not everyone – even horror movie fans – cares for these sorts of movies and these sorts of scenes. With good reason. They all lie at the outer limits of taste and acceptability. But like them or not, one can’t help but be impressed by how UNCOMFORTABLE they make us feel while we are watching them. And the root of that discomfort is intimately tied up with their lack of conventional cinematic comforts — like a nice scary background score — to help remind us that what we’re watching is, in fact, just a movie. In scenes like this, we feel a true chill of abandonment — a feeling that, for a moment, we really all alone with the horrors on the screen in front of us.

Quiet on the set please!