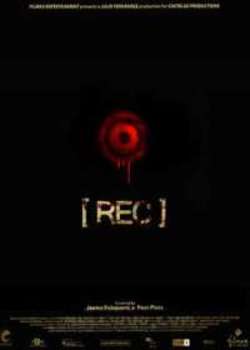 One of the hottest genre movies to screen at Toronto this month wasn’t a movie on the official schedule, but a special advance screening of the upcoming Spanish horror film [REC] (yes, the brackets are part of the title).  The buzz was good and the audience was reportedly freaked out.

Directed by Spanish horror vets Juame Balaguro (The Nameless, Darkness) and Paco Plaza, [REC] is another in the burgeoning genre of POV zombie movies (not unlike Diary of the Dead), although this one is about a contamination in an apartment building.  As far as we know there’s no U.S. distributor or release scheduled, but we’ve got a teaser trailer to help wet our whistle on what promises to be a great ride.  Is this going to be the most talked-about horror film of 2008?  We don’t know, but it sure looks good.