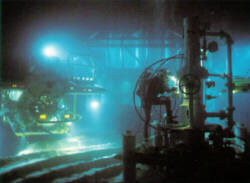 “I think you should just… calm down.” – Ben to Barbara in the original Night of the Living Dead

It’s so important not to panic. To begin with, it’s just not helpful. And also — as the ancient Greeks pointed out — the stuff is contagious. Panic swells out, passing from one person to another like a fast-moving disease. Pretty soon, everyone’s freaking out, and nothing useful’s getting done at all.

And yet… in film after film, it’s just too hard for people not to do it anyhow.

Women, of course, are – according to horror films at least — traditionally the worst at keeping their panic impulse in check. The man’s job, meanwhile, is to cope with whatever horrors are happening with one hand, while doing their best to calm the women down (or shake them awake from the swoon they’ve fallen into) with the other.

Not that men aren’t portrayed giving in to panic as well. How could they not be? Just about all movies are stories, and stories always feature protagonists. And the word “protagonist” contains within it the Greek word “agonia,” which means contest or mental struggle.  In other words, it’s the job of all characters in the stories we care about to suffer in one way or another. We want to see them GET THROUGH STUFF – or not get through it, as the case may be. Either way, there’s just about always a moment when things get to be just…TOO MUCH for the protagonists in question, and they lose it, their already taxed psyches suddenly shattering like dropped plates. Thev’re reached their panic point.

My single all-time favorite panic point (from a non-horror movie that happens to have a lot of horrible stuff in it) comes when William H. Macy, bundled up against the harsh Dakota winter, starts banging madly on his steering wheel in Fargo. Julie Harris’s bedroom hysterics in the original version of The Haunting also rate high in my panic book. The original Blair Witch features some impressively enlightened scripting in its panic points, allowing everyone – both the two boys and know-it-all Heather — equal time to fall apart at different moments. And of course, Sally (Marilyn Burns) spends the entire last third of The Texas Chainsaw Massacre in pure panic mode. For sheer energy, her 40-minute-long breakdown is pretty hard to equal.

Some films start out with some foreshadowing of the crackups to come by hinting at earlier crackups of other characters. “He must have suffered some kind of complete mental breakdown,” Stuart Ullman tells Jack of his predecessor Grady in The Shining during his initial interview. Likewise (sorry – one more non-horror example) Apocalypse Now begins with Martin Sheen being briefed – vaguely but hypnotically – about the crackup-of-all-crackups that Marlon Brando suffered out there in the bush. Later on in the film, Sheen himself will try his own hand at the panic mode and fly to pieces before our eyes as well.

Mental collapse in movies is often mirrored by the collapse of the physical surroundings. The sinking Orca in Jaws is basically a symbol of poor Roy Scheider’s battered, smoky, salt-water-filled psyche. The Abyss also features a scene in which mental collapse and physical implosion happen at the same time. Michael Biehn, drifting down into darkness in his broken one-man sub, is a perfect symbol of the single, solitary self, marooned in a world of cold and darkness. With each foot that he sinks down further, the closer he comes to losing it mentally as well. (Biehn is a master of the super-intense, roll-back-the-eyes, I-can’t-take-this-sh*t-one-more-second style freak-out) Then… pow! The black water rushes in. That guy’s REALLY lost it.

Does panic have a positive side?

Definitely! As all horror – and a good deal of sci-fi — films are cinematic versions of the descent-into-hell/descent into madness scenario, we want our protagonists to not only be driven completely bats; we want to see them pull it all back together at the end.

Sometimes this desire gets satisfied, and sometimes it doesn’t. But either way, the panic point is one of the essential punctuation marks in the grammar of horror. The point when things just can’t get any worse, and the people up on the screen just can’t take another minute of how it is.