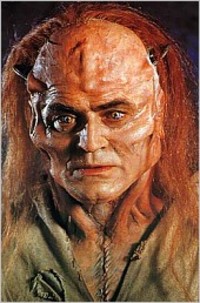 The obvious choice for the ultimate Frankenstein film is probably one of Universal’s 1930s and 40s efforts. The Bride of Frankenstein would probably be my choice, if I were forced to go that route, although I’ve got a fond spot in my heart for the monster battle of Frankenstein Versus The Wolfman.

But bizarrely, my favorite Frankenstein film is actually a little, Corman-produced B-movie from the early 90’s that just strikes all the right notes: Frankenstein Unbound. This is a contentious choice but I never really thought people gave the film a fair shake.

If you haven’t seen it, the plot essentially follows that of Frankenstein, except the twist is that a scientist from the 21st century (wonderfully played by John Hurt) is sent back to Geneva, along with his talking car (!), through a rift created by a weapon that he is creating that will send enemies back or forward in time, effectively removing them from the battlefield… what has to be the stupidest idea for a weapon in the history of foolish military contracts. Nothing like sending a technologically sophisticated modern enemy with all of their laser tanks and mecha suits back in time to kick our asses in 1776 instead!

What’s brilliant about the film is not only its casting (Raul Julia is Victor Frankenstein!) or the subtle time explorer twist they bring to an otherwise well-known story, but the twist ending: while the original Frankenstein novel takes place with Frankenstein chasing his monster through the Arctic Wastes, the film brilliantly twists this concept on its head, moving the scene to a post-apocalypse.

The film is based on classic sci-fi author Brian W. Aldiss’ novel of the same name, which was followed by a sequel with a similar concept, Dracula Unbound, where the time weapon device was changed to something just as stupid: a way of sending our garbage into the past…

Am I out of my gourd? Or is this film’s generous weirdness, fantastic casting and unforgettable ending greater than the sum of its talking cars and time weapons?