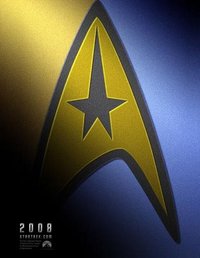 Look, let’s not mince words: Ain’t It Cool News is the most pustulent sort of fan site, where shut-ins chomp on Cheetos and smear fried-chicken grease on their bellies as they wildly post extravagant rumors without a single attempt at verification.

So take the following rumor with perhaps a bellyful of corrosive salt: Ain’t It Cool News is reporting that they’ve got a lead on the new Star Trek movie plot. And, if true? It’s hard to use a word to describe it that wouldn’t unfairly slander the National Down Syndrome Community.

Picture an incident that throws a group of Romulans back in time. Picture that group of Romulans figuring out where they are in the timeline, then deciding to take advantage of the accident to kill someone’s father, to erase them from the timeline before they exist, thereby changing all of the TREK universe as a result. Who would you erase? Whose erasure would leave the biggest hole in the TREK universe is the question you should be asking.

Who else, of course, but James T. Kirk?

To be fair, as near as I can tell in Moriarty’s nearly-illiterate ramblings, he doesn’t actually have confirmation from anyone that this is going to be the plot: he seems to be basing his bizarre postulations upon the personal belief that Abrams is going to decide to reboot the series with a parallel universe, so he can play with audience expectations.

But, god, the horror. The old “time travel – alternate history” reboot chestnut. As if Star Trek weren’t guilty of that enough.