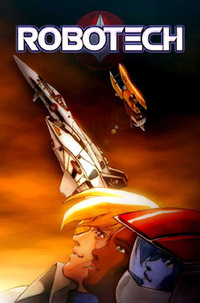 Although I am a pretentious and foppish elitist, when I go to the movies, I put down my volume of Zola, leave the perfumed ascot at home and replace my monocle with a Geordi La Forge visor. Me? I don’t expect Hollywood to move me, or make a compelling artistic statement: all I want to see is them to blow things up pretty good. Preferably by mile high mech robots with detachable rocket punches and shoulder-mounted nuclear armaments.

Hollywood, traditionally, has a pretty crappy history actually giving that to me, though. Historically, I’ve had to look to the cardboard cities and tin foil robots of Japan to give me some simulacrum of what I want. But lately — as a creatively malnourished Hollywood has desperately combed the bones of the corpses in its abattoir, looking for a chunky, festering piece of meat still clinging to a long consumed femur — Hollywood’s been stepping up to the plate. Michael Bay’s Transformers was ridiculous, but it was a smorgasbord of giant robots pummeling each other.

And better yet, its success pretty much guarantees we’ll be seeing more giant robot bash-fests coming out of Hollywood in the next few years, as rival studios madly greenlight films based on giant robot franchises to rival Paramount’s Transformers. Voltron is coming, but news that excites me even more is that the Japanese anime series Robotech (really three different series edited together into one plot arc) is coming to the big screen.

Tobey Maguire from Spiderman is attached as one of the meat puppets bouncing around inside the cavernous titanium skull of one of the mechas, but who cares? Robotech is the mech series to beat all mech series. I can’t wait.