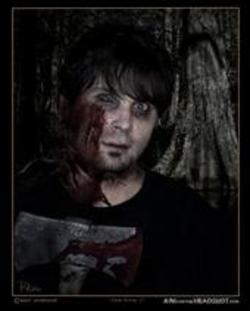 While Hatchet hasn’t been garnering the best reviews, Adam Green has been on the interview circuit.  And he’s psyched. The director spoke to UGO about his inspirations for the film, saying:

"Well, I would have to say American Werewolf in London, because you’ve got two guys who are tourists that are out of place, walking around bantering about girls.  [Our film is] very American Werewolf in London, and very John Landis. The formula for Hatchet is completely derivative of movies like Halloween, Friday the 13th, and A Nightmare on Elm Street,
which was sort of the goal. In the 1980s we had awesome slasher movies
because we had good villains and they had a great mythology behind
them. Then they got beaten to death with all of the sequels and the
knockoffs and it sort of ate itself up. In the 1990s we had Scream,
which was interesting for me because it was the first time they tried
and wrote a good script for a horror movie and they actually hired real
actors to play the roles. Unfortunately, Scream spawned a decade of PG-13 horror movies and teen ‘whodunit’ things, which were always like Scooby Doo
where they pull the mask off. Nothing would have made me happier than
if they pulled the mask off of Ghostface and he was scarred and
disfigured."

Green also believes he wasn’t trying to make a formula movie: "I just wrote the one that I wanted to see.  I wanted to use a witty, fun script like American Werewolf or Scream,
but I wanted to slam it into an old school slasher fest with a monster
and gore and no CG. We didn’t try to make something that we knew we
could sell. I know the investors are going to hate me for saying that,
but I think for all of those reasons we’ve struck a nerve, especially
with the horror audience."

I don’t know.  He hasn’t struck my nerve.  Still, Green must be doing something right since he has two more films coming out in the next year, Spiral and Dead West. Did any of you guys go to see the flick over the weekend?  Give me your two cents.