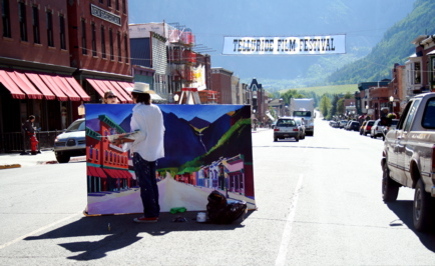 Edith R. Kramer is serving as guest director for the upcoming Telluride Film Festival (August 31 – September 3, 2007). The retired Senior Film Curator and Director of the Pacific Film Archive at UC Berkeley, Kramer worked for 22 years at the organization. "Edith has introduced me to many films and filmmakers I might never have discovered otherwise," said new festival co-director Gary Meyer. "Her international reputation will result in Kramer bringing movies to Telluride that nobody else could get from archives, and her introductions will have audiences anxious for more." Previous guest directors at the annual Telluride Film Festival have included Salman Rushdie, Buck Henry, Laurie Anderson, Stephen Sondheim, Peter Sellars, Phillip Lopate and last year, J.P. Gorin. The full lineup will be announced on the eve of this weekend’s festival.