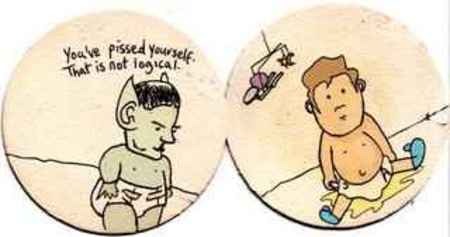 I am cautiously optimistic of the upcoming Star Trek XI. I have to admit to liking the crew of the original Enterprise more than their successors, and I am cautiously enthusiastic about seeing new actors try to take on seminal sci-fi television roles. Zachary Quinto as Spock certainly seems like an excellent harbinger of fine casting choices to come.

But I was reading another blog today, reacting to the recent leaked casting sheet and the ages specified for the characters, and they reacted with a sense of incredulity: how does it make sense for the crew of the Enterprise to be in their mid twenties?

“The Star Trek series was about adults. The top officers tended to be in their 30s or 40s. I always put Kirk in his mid-30s.

The movies were done years later, and even though the crew was getting a bit long in the tooth, they did some of the best work in The Wrath Of Khan and The Voyage Home.

Now the casting breakdowns are out and we know what the new movie is looking for. Kirk will be mid-20s, while Bones and Scotty will both be around 30. This is ridiculous. Kirk at 25? He’s hardly out of cadet school. How can he be a captain? And do we need a doctor on the ship who hasn’t finished his residency?”

I’ll disagree with LA Guy on The Voyage Home being some of Shatner, Nimoy and Co’s “best work”, but he has a good point. What about you guys? What do you think? Is Star Trek XI casting too young?