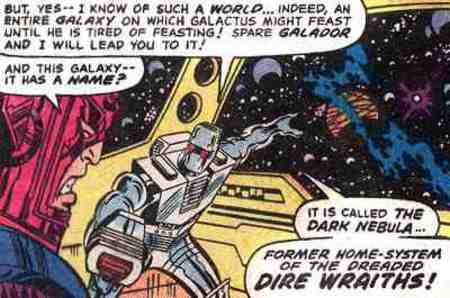 ROM the Spaceknight was not a franchise that enjoyed auspicious beginnings. A brief foray into the action figure market by board game maker Parker Bros, the toy was cheap and shoddy, one of the suckiest toys ever thrown aside with a wail by a small child on Christmas morning.

But ROM did have something going for it: Parker Bros. had teamed up with Marvel Comics to flesh out the story. Marvel made him a real character: a refugee from a utopian society called Galador, clad in cyborg armor to become a Spaceknight, fighting the ominously shape-changing aliens (later revealed to be Skrulls) throughout the galaxy.

Moreover, Marvel did something for ROM it didn’t do for many other of its licensed comics (like Star Wars, Transformers or GI Joe): they firmly incorporated ROM into the Marvel universe, teaming him up with heroes like the Thing, or villains like Galactus (who ROM once led to the Dire Wraith homeworld specifically to persuade him to eat their planet).

The result was surprising: while the action figure line only lasted a few months, ROM went on for an astounding 7 years, planting him firmly in the echelon of Marvel Universe Heroes.

Over at the Invincible Super Blog, Chris is dedicating the entire week to ROM the Spaceknight. Definitely worth a trip down nostalgia lane to revisit the chrome and chivalrous space warrior.