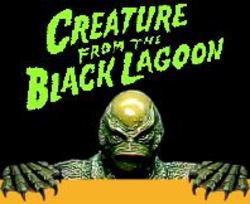 I identify with monsters.

Not all monsters all the time (after all, some of them can be pretty unattractive) but a good many of them all the same.

Like me, monsters are harried. The monster is, first and foremost, a creature at odds with the world. Life – in the form of angry villagers, Japanese scientists, or various and sundry law-enforcement agencies — is always nipping at his heels. People just won’t leave him alone. Sure, the monster has usually done something to call this harassment down upon himself. He’s dragged someone’s wife or fiancée off to his cave, or eaten someone’s dog, or thrown a blind girl into a lake. But in doing so, the monster was only operating out of an earnest – if clumsy – desire to secure some small bit of happiness. He was just being who he was. And in return, what does he get? It’s a feeling I sympathize with deeply.

Of course, there are other, more mysterious reasons why I identify with monsters as well. Monsters, to my mind, stand for a kind of invisible country: one where there are no rules or regulations – or at least none of the kind we find here in the ordinary world. As a kid, when I encountered a monster that really represented this world powerfully – the Wolf Man or the Creature from the Black Lagoon, say – I’d get this uncanny feeling of… identification. It was like seeing the flag of some strange country and getting an instant desire to want to stand and give one’s pledge of allegiance to it.

I got that feeling all through childhood, and even into my teens. And… I still get it today, on occasion (though nothing like as often as I would back then). It’s the real reason horror movies are just… different from all other movies for me: the reason why, in my crowded, harried, and too often mystery-free world, they still matter.