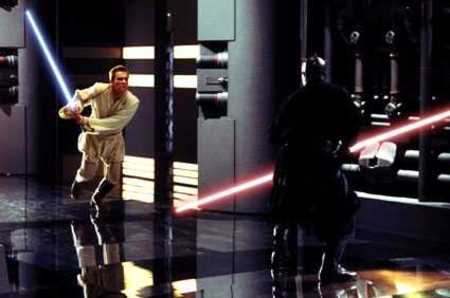 When the Discovery Space Shuttle’s explosive fueled parabola streaks across the Floridian skies on route to an orbital docking with the International Space Station in October, it will be carrying a piece of sci-fi movie history: the original lightsaber prop from Star Wars.

As part of the 30th Anniversary Celebration of Star Wars‘ premier, George Lucas will hand over the lightsaber to a crackerjack security squad involving a police motorcade, Chewbacca, R2-D2 and stormtroopers. It will then be handed over to NASA’s Houston Space Center.

A nice little stunt, but I wonder if NASA has truly thought this through: when aliens invade, do we really want them armed with our lightsaber technology?