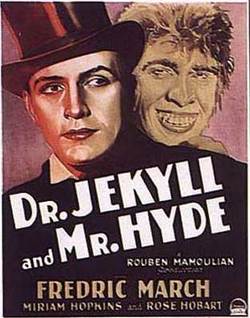 I was recently reminded that the BBC miniseries of Jekyll & Hyde, Jekyll, will be out on DVD in September.  My question to you is, Is the Robert Louis Stevenson schizoid character still relevant in 2007, a time in which almost every other person announces he or she has bipolar disorder?  In other words, is the character too familiar to frighten? Here are some clips of various J & H endeavors to help you make your decision.

Jekyll — Here’s the BBC Jekyll trailer.  I really love the background music and the modernized, quirky take on Jekyll.

Jekyll & Hyde — Here’s the one from Broadway.  Eh – Not so good as a musical.