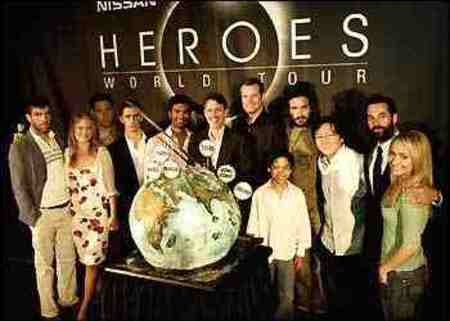 There’s a really bizarre article by television critic Matthew Gilbert over at Boston.com, claiming that NBC’s hit show Heroes is overextending itself. Unfortunately, with all its broad, unillustrated claims, I’m not sure what the hell Gilbert’s talking about.

Here’s a quote from the piece:

And so the time has come to hold a mirror up to “Heroes,” to show NBC and series creator Tim Kring that their smile isn’t quite as pretty and inviting as they seem to think. It’s too unflaggingly broad, and it’s marred by a big chunk of something — is that grandiosity? vanity? need? greed? — lodged smack between the two front incisors.

Gilbert then goes on to claim that Heroes has yet to prove itself, that NBC is promoting it like a mature, tried-and-true blockbuster when it is really still a floppy neonate. I honestly don’t understand his argument: Heroes first season was better than LOST has ever been, and mature in television usually means “long in the tooth.” For me, I have to give kudos to NBC for strongly standing behind a hit show in its infancy based upon its initial promise.

Too much, too fast for overreaching ‘Heroes’ [Boston]