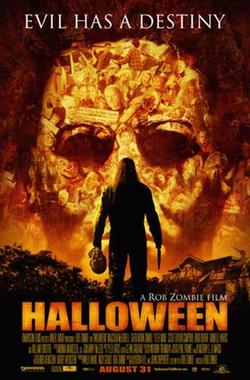 As we have been discussing ad nauseum for the past few days (see here and here), Rob Zombie’s Halloween hits screens all over the U.S. this Friday and reviews are also starting to hit.  The first, from Variety’s Dennis Harvey, isn’t a total slam, but it’s not much of a rave, either.  To quote:

"The best that can be said about Rob Zombie’s Halloween remake is that he makes it his own, though the considerable alterations only flatter John Carpenter’s 1978 slasher-pic template.  The original leaned not so much on graphic horror as on the terrible waiting for something bad to happen… Here, however, literal-mindedness rules."

On top of this, it seems like the an earlier cut of the film has been leaked online, before the film underwent reshoots, with some scenes (like Michael’s escape from the mental institution) drastically changed.  This has lead CHUD’s Devin Faraci to make this observation:

"How will this affect Halloween this weekend? I guarantee the film will have a massive Friday to Saturday drop, and not just because it’s the kind of movie that will be Friday front loaded, as so many of the genre are, but because of poisonous word of mouth. The leak being out there will certainly give Zombie and the Weinsteins something to point at when the film underperforms, though."

Negative reviews and online leakage… didn’t we already go through this once this summer?