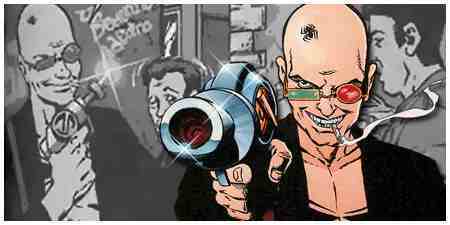 Bowel Disruptor — The favored Betsy of Spider Gonzales, mad gonzo journalist of the transhuman future, the Bowel Distruptor’s raison d’etre is right in its name: aimed at the lower intestine of an enemy, the trigger deftly squeezed, the gun immediately liquifies the bowel, paralyzing the perp under the throes of explosion after explosion of uncontrollable dysentery. There are numerous messy settings to be used, depending on how much you hate someone: Watery, Loose, Prolapse, Shat into Unconscious, Unspeakable Gut Horror, Rectal Volcano and Burning Anal Geyser. In Transmetropolitan, the graphic novel in which the Bowel Disruptor prominently figures, Spider Jerusalem is lucky enough to be given the opportunity of shooting the President of the United States in the groin with a blast turned up to 11. Take that, Mr. President! 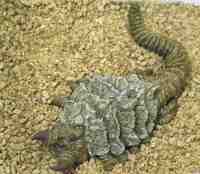 Ceti Eels — The Ceti Eel is the extraterrestrial ear wig to end all ear wigs. Birthing mucosy larva from their backs, the baby eelings worm their way through the ear canal and wrap themselves around the cerebral cortex. Naturally, this is a pretty painful procedure, but it does make the victim remarkably susceptible to the power of suggestion, as Captain Kirk and the crew of the Enterprise discovered in Star Trek II: The Wrath of Khan when Khan implanted one in the ear canal of Chekhov, eventually laying the seeds for a plot to kill Kirk once and for all. 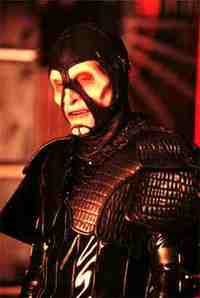 Neural Clone — It’s an unorthodox way of extracting information. Let’s say you are an alien who discover an Earthling and, in the midst of torturing him, discover he has subliminal knowledge of wormhole technology… the very tech you need to turn a drawn-out war with an invincible enemy into a victory. How do you extract the information? More torture? Or do you implant a chip in his mind of your doppelganger — a disgusting, brain-eating corpse with a sadomasochistic leather gear fetish — and pull it out of his brain at a future date?

That’s the premise of the neural clone in Farscape. Commander John Crichton is the lost astronaut at the far end of the universe surrounded by weird, disgusting aliens, and Scorpius is the creepy skeleton in fetish gear who inserts the neural clone into him. It should be noted that Crichton eventually triumphs over the clone through a surprising method you wouldn’t really think would work, given the clone’s incorporeality: he beats him up. 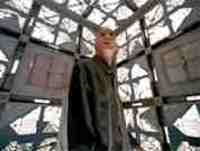 The Cube — A mysterious, gigantic structure made up of thousands of small, self-repositioning, cube-shaped room. Some of these rooms are safe: some of them, on the other hand, will kill anyone who enters, by slicing them into meaty chunks or melting them with poison gas.

It’s the eponymous torture chamber of Canada’s surrealist, Kafka-esque Cube series. The plot of the series is simple: a group of individuals are dropped into the cube with no memory of why they are there or how they got there. They must band together to try to escape without getting slice and diced. The first film had a bit of a metaphysical bent to it, leaving open to interpretation that the Cube might actually be hell, but the following films nixed that by showing that the Cube was, in fact, run by people.

If you really want to, you can watch all of the gruesome death scenes in the Cube series here.

The evil scientist Duran Duran sequesters the insatiable Barbarella in his Excessive Machine to enact torture upon her, playing upon its magnificent keyboard the strains that have driven millions of virgins mad: “Sonata For Execution and Various Women.” But the machine wasn’t programmed to drive mad the pleasure centers of Jane Fonda who remarks, “It’s kind of nice, isn’t it?” and then promptly makes the machine explode.

Ah, the Orgasmatron! The bellowing pipe-organ like machine that would have saved me from a dozen failed relationships.