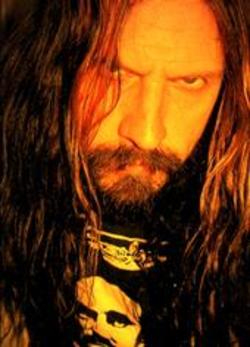 Rob Zombie has evolved into a kind of Renaissance man who’s
able to excel at both ingenious music and frightening horror films. Horror mavens were surprised that’s he took
on the Halloween franchise – because
the movies had run their course … and then some. But when Rob Zombie’s Halloween drops tomorrow, the director hopes you’ll see a new side
of Michael Myers, one that’s horrifying, deep and compelling. Here, in this wide-ranging interview, Zombie
talks about his favorite horror films, bad timing on House of 1000 Corpses, working with long-time gal pal Sheri Moon,
and the classic soundtrack for Halloween.

HG: What are your three favorite horror movies?

RZ: Dawn of the Dead,
Frankenstein and Texas Chainsaw
Massacre, all the original recipes, all for different reasons. For some reason Dawn of the Dead, the original one, is a movie I’ve seen more than
any other movie. I just fell in love
with it when I saw it and watched it over and over. Frankenstein
is one of the earliest horror movies I ever saw as a kid. It’s still great today and the movie is like
70 years old or something. Karloff’s
performance is just so compelling and the makeup is so incredible. Everything about it is so dark and creepy. 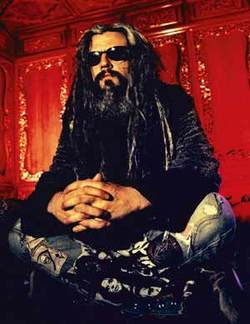 HG: I remember being two and a half and really being freaked
out by the flying monkeys in The Wizard
of Oz.

RZ: That was the first thing that scared me when I was a
kid. They’re just so f’in’ weird. The witch and the monkeys – the whole thing
was just crazy. That was the freakiest,
f’in’ thing to me as a kid, those flying monkeys.

HG: I know White Zombie’s name was taken from the classic
horror film with Lugosi, but what horror films have influenced your music?

RZ: All different movies have always had a huge influence on
my music. I don’t even know where to
begin on that. I mean, from the art
direction of the films, the style and the vibe. Obviously, A Clockwork Orange
was always hugely influential. A made a
whole video where we reconstructed the sets and everything for Never Gonna Stop.

HG: A Clockwork Orange is scary in
itself, especially the book. Kubrick’s
movie, too.

RZ: It’s not technically a horror film, I guess, but it’s
definitely horrific.

HG: House of 1000
Corpses took a while to make and I wonder why.

RZ: The movie itself didn’t take that long to make. What happened was, we made the movie with
Universal Studios, which was in 2000, I think. We shot the movie on the Universal back lot. And then when we were editing the film, it
was just a weird time period. Columbine
had happened, and there was a big outcry after that about marketing violent
films to children and whatnot. So
everybody was on guard for that.

And then when we kept screening the film, the way that the
crowd would cheer at violent moments and stuff, it just really wigged out the
suits at Universal. And at the point,
they didn’t want to release it. See, at
that point, Universal wasn’t really making horror movies or anything like that
anymore. They’d become very family
friendly – they were making like The
Flintstones movie and stuff like that.

Now everyone’s sort of over it, and nobody sort of cares
anymore but at the time, but it was a big deal then. That’s why the film kind of languished for a
while and then was picked up by Lionsgate. Timing is important, and the timing for House of 1000 Corpses couldn’t have possibly been worse.

HG: Beyond story, there’s often a lot of cool gore in your
films. How important is that in your
films to set a mood?

RZ: I don’t think it’s important at all. It can be an element of the story if it’s
necessary or not be. I don’t think that
blood and gore is necessarily scary on its own. Certainly, there are tons of scary movies that don’t have anything and
tons that do.

HG: Sometimes it’s over the top, too, as with Peter
Jackson’s Dead Alive.

RZ: Well, then it becomes a comedy. For me, with Devil’s Rejects and especially with Halloween, it’s not a particularly gory film. My goal is to make it realistic. You know, the amount of blood you would see
would just be realistic to what’s happening. But we didn’t do anything extreme. We’re not chopping off people’s heads. We’re not chopping off people’s limbs or arms or heads. I’m not a big fan of stuff like that anyway
because, then to me, it just becomes a special effects extravaganza and stops
being a movie. 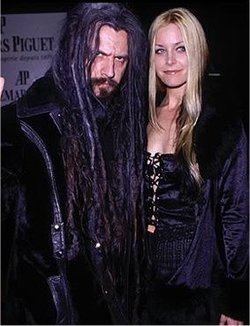 HG: So how did Halloween
come about and why Halloween?

RZ: It was presented to me. I didn’t chase it down or even think about it. But Dimension Films presented me basically
with the keys to the Halloween kingdom and told me to do whatever I wanted with
them. Since I thought in the course of
seven sequels, they had degenerated Michael Myers down to nothing, I thought
the only way to do it was to reboot the whole series and start over.

HG: The series has its lovers and its haters.  Why should people go to see your version of Halloween?

RZ: I think the main thing that people will be surprised
about is that we went back and started at the beginning: taking the whole saga
of Michael Myers totally serious. You
know, as the sequels continued on, it became like silliness. I wanted to go back and tell the story of
Michael Myers as a true story, make it serious and make it a compelling,
character-driven story. That’s what
people who’ve seen it love about it. Sure, it’s very scary and there’s terrifying stuff. But it’s different. It resonates deeper because of the
story. It’s not just a slasher movie.

HG: How in depth do you go into what you believe to be the
back story of Michael Myers?

RZ: I broke the movie down into three main acts, Act One
being young Michael Myers leading up to the murders. Act Two is his incarceration at Smith’s Grove
Sanitarium as a young boy growing into a man. Act Three is his escape and return to Haddonfield.

HG: Is there a scene you can talk about that may be the most
compelling scene in the movie?

RZ: I think a lot of the sanitarium scenes surprised people
because those are some of the quieter moments where you just watch young
Michael Myers just mentally spiral downward. They’re not violent. They’re not
bloody. But you just watch him
degenerate as a person and see what he will be. Those are the scenes that hit people the deepest and disturb them the
most.

HG: Kind of like a Dante-like descent into hell.

RZ: Yeh, because you see this boy degenerate into this
monster slowly. That’s the biggest
difference with this movie. You don’t
understand why he is the way he is. But
you see it happen.

HG: There are a lot of classic songs on the soundtrack. Is there’s a song that’s extraordinarily
vital to the movie?

RZ: Don’t Fear The
Reaper (Blue Oyster Cult) is really important. Sure, that was in the original Halloween. I wanted to bring it back. It appears twice in the movie and actually
has a purpose for being there. You’ll
know why when you see it.

HG: You work with your girlfriend a lot.

RZ: It’s always easy, especially with movies because we work
on them so much together. It feels like
we’re intertwined when we work. A lot of
the ideas start with her. You know, she
plays Michael Myers’ mother, which is a character that’s never really
existed. We go into a lot of depth with
her because the relationship between Michael and his mother and family is very
important. Working with her is great.

HG: Are you really going to redo Bonnie and Clyde?

RZ: No. I don’t know
where that started. That’s just a
completely random thing that someone posted online which has no relationship to
anything.

HG: I think it’s pretty perfect as it stands.

RZ: I love the original. It was always one of my favorite movies of all time. Maybe someone misunderstood what I was
telling them. But it’s not going to
happen.

HG: Along those lines, if you had carte blanche to do
anything you wanted, what would you do?

RZ: I have a lot of ideas for a lot of kinds of movies I
want to do. Halloween was kind of a weird situation. But I don’t have any desire to redo any other
movies.