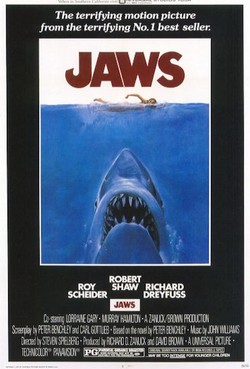 Over the top. Below the belt. Times and fashions change, but a good horror movie is always supposed to do more than just frighten you. It’s supposed to disobey the basic rules of good conduct — to hit you in a place you weren’t expecting to be hit.

Hence the tradition of marketing stunts like offering life insurance policies to ticket buyers just in case they suffer heart attacks from the horrors they witness onscreen. Horror films (though, as previously noted, they usually accord to powerful if concealed rules of decency) are on the surface at least supposed to offend our expectations so radically that they’re actually a threat to our health.

These days, of course, as film-goers grow ever more jaded about the horrors thrown at them onscreen, such publicity stunts are harder to pull off. But in order to be really successful – in order to be not just another movie but an event – a new horror movie still has to have a clear atmosphere of going over the line about it. Like an ancient mystery ritual, it has to promise to reveal something that has – no doubt for good reason – never been revealed before.

My mother, who used to get mad at my father for all the totally inappropriate horror (and non-horror) films he would take me to see at an early age, would often tell him that these films were “too much” for me. Whether it was Kyra Schon and her masonry trowel or Bruce the shark devouring all of Quint right out in the broad light of day, the visions of excess these films offered weren’t just violent or indecent (though they might have been both of those all well) but OVERWHELMING. They gave me the sensation of getting something I hadn’t asked for — even though I of course had.

My most memorable experience of a film’s out and out declaration of intent to overwhelm came in 1975, with the original Jaws. Though it was subtle and understated compared to the shock campaigns of the fifties and sixties, Jaws’ pioneering PG rating tag-line (the business about some scenes be too "intense" for younger viewers) created much more of a thrill of anticipation than a mere R-rating would have. Intense? Jesus, what did they mean by that? An “R” would have meant lots of violence and an occasional breast. But intensity suggested something more than that. Clearly, the events one was going to witness weren’t going to be just violent or racy but somehow… beyond the pale.

The event we both long to see yet dread seeing because we know it will be too much for us… That’s what the most memorable horror movies not only promise but actually deliver. At bottom, the desire that so attracts us to this promise isn’t voyeurism or sadism or masochism or any of those other problematic conditions that people sometimes tag horror fans with. It’s the desire to be changed, for better or worse, into something different from what we were before.