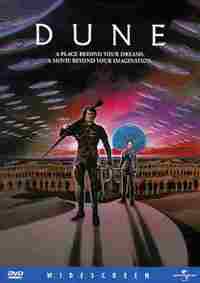 For the science fiction literalist, it can be very difficult to keep chronologically straight all of the potential doomsdays to come. When exactly is mankind due to make first contact with 2001‘s monolith? When will the Nostromo happen upon the first chest-bursting Xenomorph? When can we begin to expect shipments of spice melange from Dune‘s Arrakian spice world>? And when will Skynet become sentient and start nuking the cities of humanity?

Luckily, there is a handy resource available to help the sci-fi doom monger keep these important futuristic events straight. The Remoting Futurte site is a user-editable clock counting down (or up) from noteworthy science-fiction events.

For example, as of writing, we only have 55 years and 36 weeks left until Zefram Cochrane makes the first warp speed flight and encounters the Vulcans for the first time. The Browncoats will be defeated at the Battle of Serenity Valley in a little over 504 years. We only have 115 years left before we need to worry about our first facehugger. And, as we all know, the moon was knocked out of the Earth’s orbit by a thermonuclear explosion a little less than 9 years ago today.