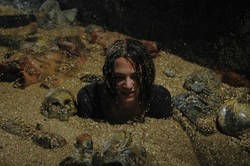 Tickets are now available to the world premiere of The Mother of Tears, the long-awaited third film in Dario Argento’s "Three Mothers" trilogy that began with Suspiria and Inferno, at the Toronto Film Festival.

Seriously, I need to get tickets to these shows.  Does anyone have connections?