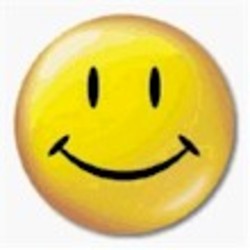 Just in case my first two reasons struck some readers as unnecessarily negative, I thought I’d offer another (the third in a series) why, in my opinion, horror movies are good for you. This one might sound a little esoteric, but I think it’s an important one all the same.

The best way to deal with life’s problems is to stay up above them. And good horror movies help us do just that.

Or at least the ones with good camerawork do.

I could be wrong, but it seems to me that horror movies – or at least the really effective ones – generally have livelier camerawork than other kinds of movies. The camera swoops, hovers, zooms and cuts… and all that movement has an effect on the viewer beyond just keeping him or her involved in the story.

For evidence, I’m afraid I’m going to have to cite Night of the Living Dead one more time. (I promise this will be the last time I mention NLD for at least a week.) Consider the initial zombie siege that occurs when Ben and Barbara have first arrived at the abandoned farmhouse, and Ben must battle one invading zombie after another with the tire iron he has salvaged from the old truck. The more zombies break in, the more intoxicated George Romero’s camera becomes with its ability to jump here and there, to capture what’s happening from above and below, from up close and at a distance. The more trouble Ben is in, the FREER Romero’s camera becomes.

That happens again and again in the best horror movies. Consider (and once again, I promise not to mention this one either for at least a week) the gorgeous tracking shot in The Texas Chainsaw Massacre that follows Pam (the girl in the red shorts) as she walks toward the house where the killers live. Why, at just this point when the real horrors are about to begin, did Tobe Hooper choose, through this fantastically attractive (and difficult, as the DVD commentary tells us) shot, to make us so aware of the camera’s presence? In order to remind us that the camera, unlike the people in the picture, is free — free of all the nastiness that’s about to happen, even as it captures every moment of it so that types like me can play and replay it all later.

Remote yet intimate, interested but not necessarily involved, the camera goes where it wants to go and sees what it wants to see. And all the while (save for the occasional subjective shot, and those usually don’t last all that long) it remains gloriously above it all. The lesson we come away with? Keep your perspective on things, and you’ll come through in one piece.