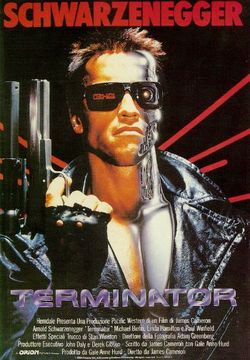 Why are today’s monsters so angry?

The rage virus featured in the 28 series seems to me to point to an important shift in attitude that has occurred in the monsters of today’s movie world (a shift that my colleagues here have been addressing in their posts about fast zombies). The super-angry zombies that sprint through Zack Snyder’s Dawn remake and the 28 films have a kind of animus to them that the zombies of… um… I Walked with a Zombie just don’t have. Back in my day, zombies weren’t just slower and less competent; they were also less… irritable.

The same goes for the vampires. Christopher Lee, the representative vampire of my generation, was – much like his predecessors – a basically civilized sort. He had no speeded-up, hyperactive movements in his repertoire, and though he wasn’t pleased when Peter Cushing or whoever waved a cross at him or parted the drapes on the morning sun, there was never really any rage in him. Not so the digitally enhanced vampires that Wesley Snipes cuts his way through in the Blade films. They’re ALL rage.

One of the big moments in the shift over to faster, angrier monsters was the original Terminator of 1984. The Terminator was a new kind of monster for a new kind of age. Though his skeletal scenes in the climax of the original installment of the series still have an old-fashioned stop-motion feel to them, the Terminator was really the first monster of the digital age. He moved fast, he thought fast, and though incapable of anger, he had a certain red-eyed, steroidal malevolence that foreshadowed the speeded-up, red-eyed rage-full monsters of today’s CGI cinema landscape.

Michael Biehn’s signature line about the Terminator’s terminating nature (“It’s what he does. It’s all he does!”) told us that the Terminator was purpose-driven in the way a primitive organism is. And primitive organisms, implacable as they may be, don’t get angry. The same goes for Bruce the shark, a creature which, in Richard Dreyfuss’s version of Biehn’s line, swims and eats and makes baby sharks. Was Bruce the shark angry? Maybe, maybe not. The question hovered over all of Jaws, just as it does in The Terminator. But in today’s films, that ambiguity is gone.

And THAT’S something to get mad about.