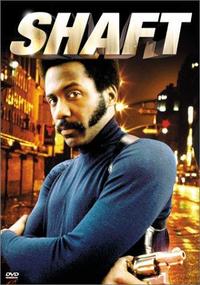 God bless Richard Roundtree. First, he was Shaft, the mean private dick who was a sex machine with all the chicks. And now he’s joining up with another kind of sex machine: the Mach Five.

In the upcoming Speed Racer, Roundtree will be playing Ben Burns, an ex-racer turned announcer who will be the smooth, sexy voice narrating the races.

He’s hardly what you’d call a sci-fi genre actor (although he was excellent in season one of Heroes), I really love Roundtree. He practically defined the blaxploitation genre in the 70’s with Shaft; then, after a twenty year career lull, the new wave of Hollywood stars like Quentin Tarantino and David Fincher suddenly rejuvenated his career. And now he’s in Speed Racer, which I giddily await for pure nostalgic cheese factor. This only whets my excitement.

Of course, this isn’t the ideal sci-fi project for him: I’ve always hoped that someone would greenlight one last Shaft sequel. Shaft in Space: it certainly has a ring to it, doesn’t it?