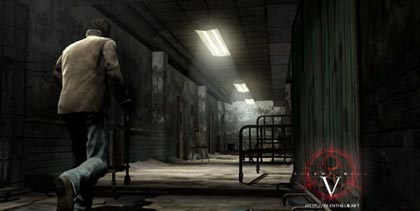 Some of my associates’ recent posts on horror and video games have got me thinking on what seems to be a fairly common attribute of these games: their "underground" or subterranean quality.

I say "seems" because I’ve never actually played one of these games. I turned 45 last month, and the last video game I spent any significant amount of time with was my step-daughter’s Game Boy back around 1997.

But just because I’m too old and/or technologically unsophisticated for these games doesn’t mean I can’t take a quick guess or two at some reasons for their popularity. These games, I suspect, derive at least part of their charm from the fact that they tap into our very old and very deep-seated attraction for subterranean journeys.

It all started with shamanism — that ancient and widespread belief that certain people have the ability to leave their bodies and travel in spirit form to regions beneath the earth. Many of the more current video games that I’ve caught glimpses of seem to have a deeply shamanic feel to them. The journey from one level to another; the encounter, at each different level, with various and sundry powerful entities that either stop and kill one or allow one to proceed…. It all looks to me very much like a modern, electronic version of the old shamanic universes, which were also made up of a hierarchy of levels presided over by various angelic or demonic entities.

The dungeon-y feel of the arenas that so many games move through is also basically shamanic. Just about all the dungeons and underground rooms one sees in horror movies (Saw, Hostel, etc) have this qualilty too. They’re rooms that are created not so much to torture and kill those who are stuck in them (though that can seem to be their purpose on the surface) but to test them. They are places that the heroes and heroines are ultimately supposed to make it through…

Not that they always do. The primary reason the original Vanishing was so effective — and disturbing — was because in it, the shamanic chamber actually swallows up the hero and heroine and doesn’t let them go. The original Alien also caught something of this primordial terror of being vanquished by a shamanic adversary in the bowels of the earth. H. R. Giger’s alien herself bears a strong resemblance to a number of primitive earth goddesses of the sort that shamans used to travel under the earth to meet and do business or battle with. When Dallas (Tom Skerritt) goes into the Nostromo’s air shaft system to vanquish the alien (carrying a torch-gun that looks both state-of-the-art and as old as the Paleolithic), the atmosphere is both modern and ancient at once. This scene — especially the part where Ash and the rest of the crew, following from above, see the little blip that signifies the alien moving toward the blip that signifies Dallas — has a very video-game feel to it. It’s Pac Man meets the Earth Goddess.

And in that round of the game at least, the Earth Goddess wins.