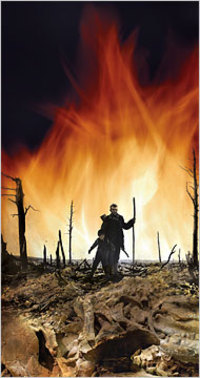 Over at Bookslut, Paul Kincaid has written a thought-provoking essay on the controversies surrounding this year’s Arthur C. Clarke Science Fiction Award, which is given out to the best sci-fi novels of the year.

The controversy this year surrounds the fact that the judges failed to shortlist two mainstream novels, The Road by Cormac McCarthy (author of Angela’s Ashes) and Against the Day by Thomas Pynchon (author of The Crying of Lot 49). Both are technically science fiction but are mainstream, literary novels by dint of their promotion.

What’s maddening and hypocritical to Kincaid is the same people who are complaining these books were overlooked have complained in the past when similar books were included. Kincaid muses:

A larger part of it, however, is that we have lost our sense of what science fiction is. The genre is notoriously hard to define and most of us, whether we admit it or not, probably fall back on some form of Damon Knight’s ostensive definition: we know it when we see it. But now it’s not so easy to see. Look at the science fiction shelves in most bookshops and they contain a preponderance of fantasy, while a lot of what most of us would consider science fiction has migrated onto the general fiction shelves. Mind you, it’s easy to understand why this is happening when writers like China Miéville deliberately blur the line between SF and fantasy, when others like Jon Courtenay Grimwood blur the line between SF and crime, when fantasy authors like J.K. Rowling win the top SF award, and when an increasing number of supposedly mainstream writers use SF devices as if they are an unexceptional part of their literary arsenal.

Does Anyone Even Know What Science Fiction Is Anymore? [Bookslut]