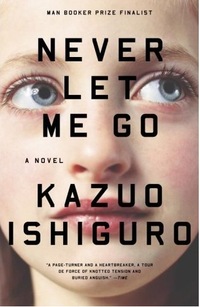 When world famous novelist, biographer and cultural historian A.N. Wilson starts off an article with sentence, "Among the things spoilt by the Nazis is science fiction," you know you’re in for a fantastic read. But I can’t leave it just at that. From the opening paragraph…

Among the things spoilt by the Nazis was science fiction. Who, after reading accounts of experiments forcibly conducted upon human guinea pigs by the medics of those horrific times, could ever think that The Island of Doctor Moreau was the worst thing that could ever happen? Or do we pay the historical abusers of science (both in the Third Reich and in the Soviet Gulags) too much of a compliment by demonising and mythologising them?

A.N. Wilson is writing all of this in a fantastic review/essay of Kazuo Ishiguro’s Never Let Me Go, a novel about a home for test-tube babies that have been genetically bred to be organ donors. But it’s actually a fascinating take on the literary theory of science fiction. Wilson’s interpretation of the merit of the form at its best is as surprising as it is brilliant: in the trans-humanism of science-fiction, we discover we have souls. A must read.